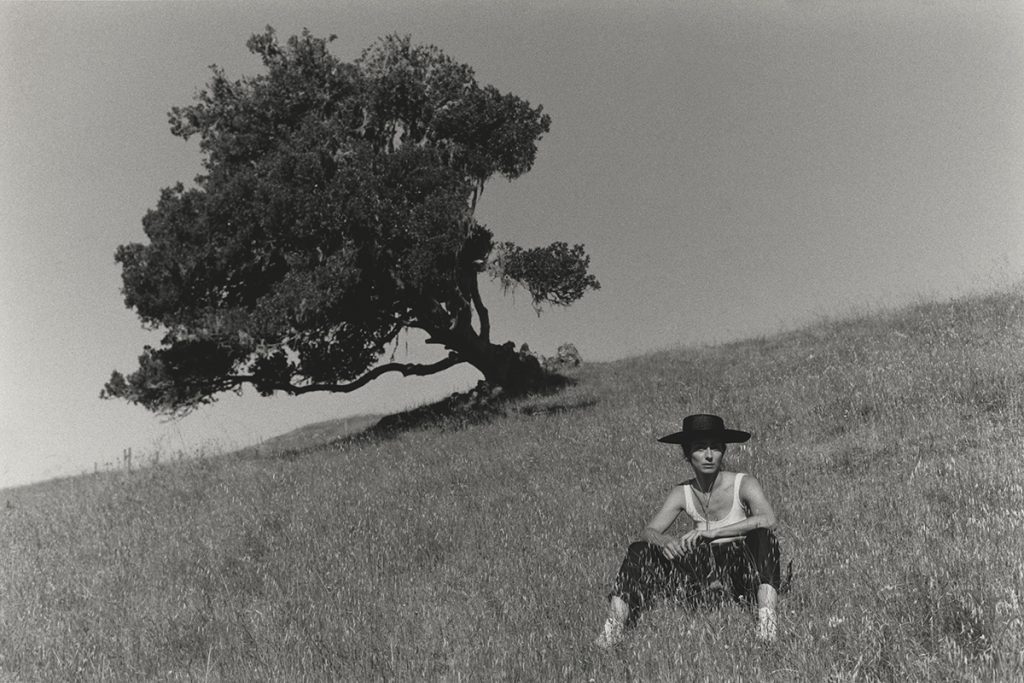 Fans of Stephanie Danan and Justin Kern’s luxurious, minimalist label Co have Paul Hawken to thank for their next purchase. The husband-and-wife duo had a chance encounter with the author, Erewhon founder, and Project Drawdown organizer in 2019 and raised a pressing question: How should a brand of Co’s size be addressing its impact?

“We had been bumping into a lot of walls,” Kern explains. “With all the information out there between packaging, shipping, and materials, our concern was what would actually be meaningful.” Hawken brought up regenerative agriculture and explained its particular appeal in California. From vegetables to livestock to cotton, regenerative farming practices—which are essentially a step beyond organic, with extra attention paid to biodiversity and soil health—can replenish the land and eventually draw down more carbon into the soil. That’s where Hawken’s Project Drawdown gets its name: Their top-line goal is to reduce the 109 billion tons of carbon that’s trapped in the atmosphere and contributing to the earth’s rapid warming.

“We’re in such a grave place right now, it didn’t feel like enough to ‘contribute’ by just buying deadstock fabrics or using leftovers from last season,” Danan says. The aim behind Co’s new collection, titled Natural World, wasn’t simply to reduce the brand’s impact, but to play an active role in repairing the earth by harnessing regenerative ag. The couple worked with Rebecca Burgess of Fibershed to create a new supply chain from scratch, and spent the last year-and-a-half driving up and down their home state to meet with farmers and herders—a distinct pivot from their usual fabric trips to Italy and France.

The results debuted on Co’s website earlier this week: raw-edged blouses, drawstring trousers, lofty cardigans, fine-gauge knits, and coccoon coats in un-dyed, certified Climate Beneficial Wool (Fibershed’s seal of approval for regeneratively farmed materials). Other labels have experimented with regenerative fibers of late, among them Eileen Fisher, Christy Dawn, and Allbirds. But Co’s capsule, titled Natural World, is one of the first examples in the high-end luxury space. “And that’s where it should be,” Danan says. “Luxury is a lifestyle, and wearing something that has this kind of impact is a luxurious experience.”

“It just feels good,” Kern adds. “Shouldn’t that be the point of luxury? I think we’ve lost that, and luxury has just become about a logo or a price. We’ve forgotten that a luxury good is something where the utmost care is taken at every step, from the soil to the way the animal is treated to the mill... At the end, it isn’t a surprise that it’s a really luxurious product.”

The quality might be the big takeaway for Co’s designer peers. If conversations around farming, soil health, and crop rotation sound a little, well, earthy, the end product is undeniably luxe. “It’s like no other wool I’ve ever felt,” Kern says. Danan described the texture as pleasantly “spongy”—and with none of the itch we expect from standard wool.

The duo consider the project a “laboratory,” one that can help them understand how to eventually transition their entire collection into regenerative materials. They’re also hoping to make a bigger statement about local production: “California is America’s largest agriculture source, and it’s something fashion has completely overlooked,” Kern says. “It’s a huge opportunity to not just make things in the U.S., but to grow the materials here, too. The more support these farms can get from American designers and brands, the more they can invest in regenerative practices.”

The same goes for their Sacramento textile mill, Huston Textiles, the last remaining maker of selvage fabrics in the U.S. Its founder Ryan Huston is credited prominently on Co’s website, along with their wool rancher, Ryan Mahoney, and Burgess. The hope is that other designers will contact them to work on similar fashion projects. “This is only going to work if everyone gets involved,” Kern adds.

Their debut Natural World capsule is rounded out by a few pieces in ultra-soft recycled cashmere and organic linen, reflecting the brand’s broader commitment to natural, organic, and repurposed materials. Kern and Danan are eager to introduce regenerative cotton, cashmere, and other fibers in the future. “When you’re working nonstop, season after season, it’s easy to get bogged down and forget why you’re doing this,” Kern says. “But this has really made us excited about making clothes again.”

Towards a Climate Beneficial Wardrobe